Thomas Arvid has achieved widespread acclaim from the press about the message he conveys of fine wine and gracious living. 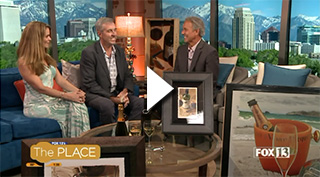 “Wines Captured on Canvas” In the Mix, Spring 2009